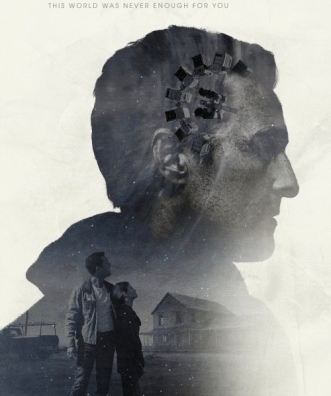 Rust: “I think human consciousness is a tragic misstep in evolution. We became too self-aware. Nature created an aspect of nature separate from itself. We are creatures that should not exist by natural law. We are things that labor under the illusion of having a self. A secretion of sensory experience and feeling, programmed with total assurance that we are each somebody. When in fact, everybody’s nobody. I think the honorable thing for our species to do is deny our programming, stop reproducing, walk hand-in-hand into extinction, one last midnight, brothers and sisters opting out of a raw deal.”

Cohl: “So why wake up in the morning?”

Rust: “I tell myself that I bear witness, but the obvious reason is my programming. I lack the constitution for suicide.”

“There is only one really serious philosophical problem, and that is suicide.”

Like Sisyphus pushing a rock up a hill just to watch it fall down the other side and then begin pushing again what is the point of life and human consciousness if we never find our ultimate purpose? Is life meaningless? If life is meaningless does that imply that life isn’t worth living? Why is our instinct for living stronger than our reason for suicide? Does scientific contingency explain the purpose of life? If God (the programmer) is the purpose of life then why subject us to the program?

The organized yet absurd universe; Is God a tease

By scientific contingency things can be explained according to the agency they’re contingent on.   For example an apple falling from a tree is contingent on gravity, planets are contingent on the propulsion and collection of gases and matter, etc. Everything within time can be explained this way since we know time is forward moving and everything progresses from a previous state all the way back to the beginning. Even if there were one equation that explained the theory of everything we would still be left with the question of why this theory? Because we live ‘in the program’ (Matrix style) we can never know truths outside the program so what is the point of our knowing anything? Why is nature organized in such a harmonious way as to provide us with the intellectual capacity to understand the laws of nature with laws that are intelligently and rationally organized? The laws of nature could be unintelligible, they could be randomly unordered. The human mind could be primitively conscious, like dogs. That could be a more reasonable existence; pushing the rock up the hill, never asking why, valuing nothing outside of time, hoping for nothing outside of time, just mortally being. As Stephen Hawking asked: “Why does the universe go to all the bother of existing? What is it that breathes fire into the equations and makes a universe for them to describe?”

We search for meaning but we live in chaos. There are hurricanes, that humans take no part in creating, have no control in stemming, that annihilate entire regions. There is cancer that decimates entire families. Murder can be blamed on human behavior but what about natural disaster? What about all the biological effort that goes into creating a beautiful, complex, and absolutely unique baby only to see them die from SIDS or some other infant mortality condition. How is it even reasonable for people to live until 80 and then die? Why, if you think about it, is that comforting? Death at any age makes the self conscious life absurd if there is no transcendent purpose.  How many quantitative seconds must a life acquire to make it ‘long’ and ‘lived’ and ready for its inevitable death?

Ironically in Genesis we are told by God not to eat of the tree of knowledge yet we are created with the agency of knowing. Is this to teach us a lesson? Of what mortal purpose? Of an immortal purpose, that of the afterlife? Why bother with the physical world, why not place us directly in the afterlife? If God created people not out of necessity but out of an abundance of love, in order to share that love, why bother with the theatrics of this intelligible yet unintelligible cosmos?   Perhaps the only real practice of human free will and self consciousness is suicide, right away. The philosopher Pliny the Elder said “God cannot commit suicide even if he wished to but man can do so anytime he chooses.” God cannot commit suicide because it’s against his nature. God is and can never not be. What if humanity as a collective committed suicide, wielded death as the only force it has control of and thus humanity snuffed out it’s own existence which it is endowed with the power to do?  Not only refusing to digest the knowledge of the cosmos as it is provided impotently but freely removing the human mind from creation especially in the Christian model of the ultimate purpose to be with God.  Would there have been a purpose for our wondering mind on this mortal universe? This would be the only revolt the program could take against and for the programmer. But the programmer traps us yet by denying us ‘the constitution for suicide’, instilling the instinct for living and a natural fear of death. Interestingly, even Jesus Christ with his divine purpose known to him feared his own death and cried out “My God, why have you forsaken me?”

Perhaps we’re the carnival set in motion for entertainment. But God is benevolent, right? We are made in the image of God with faculties that search for the transcendent. In the bible we are told we see through a glass darkly in this universe hinting at a higher purpose for our race. Can the program transcend the hardware? Is the code (the laws of nature) the window into this transcendence? Why, then, are we told not to pursue transcendent knowledge, knowledge that only God knows (and thus becoming Gods ourselves)? Is it to see if we really love him? He himself allowed the premise in which we naturally don’t and only by his grace can we love him. If our ultimate purpose is to one day live with God in the Christian model where his kingdom would be on earth as it is in heaven, death conquered and with it time, what does that mean? C.S. Lewis describes this ultimate destination as rather than being with the effects of what ‘goodness’ is or what ‘justice’ is or what ‘beauty’ is we will be with Goodness itself, with Justice itself, with Beauty itself.  As creatures in creation we cannot understand the fullness of being in Goodness.  We only know what goodness is like. If the Christian goal is to be with God how does our mortal universe merge with God’s immortality and how is suicide not the best solution to break free of the likeness and be one with the reality?

If life is meaningless then suicide makes sense but I refuse to accept that the universe would be arranged so methodically with meaningful patterns and the human race designed with such mental capacity to decode the program and wonder about the programmer if it’s all for naught. I refuse to accept that life is absurd. I believe in a reason and I believe the reason is benevolent. I think I’ll keep living and anyone that marvels at the patterns of the universe should too. Though, in the program, we’ll never know why; siri has no knowledge, either, of this magnificent universe that exists outside her program or the reason for her existence so too we have no idea what magnificence exists outside our program and the reason for our existence but just because we don’t know doesn’t mean it’s not there and if our program is so beautifully designed to allow for extrospection (that no other creature, even poor siri, has) then what is outside our program must be divine.

Suicide: Existentialism and the Absurd